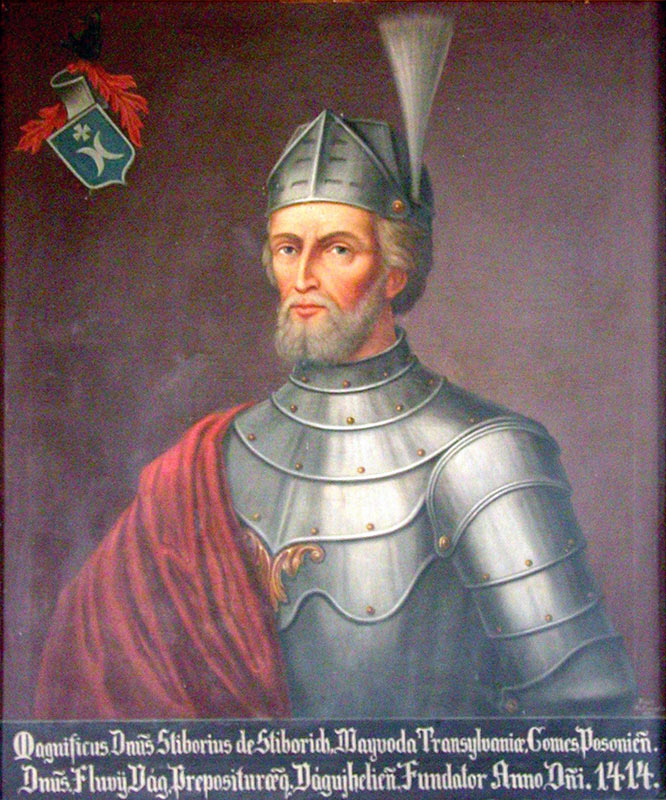 The picturesque area of the central Váh valley (Považie) is dominated by the Beckov sixty meters high limestone cliff. Since time immemorial, it was the seat of various ethnic groups, which at a later stage after the formation of the Hungarian Kingdom led to building of a medieval stone castle.

In the late 14th century, the Hungarian baron of Polish origin, Stibor of Stiboritz, must be given the credit for the extension and growth of importance of Beckov. Together with his son Stibor junior he gave the castle its unmistakable and determining appearance that we can admire even today.

In the later period, the castle was obtained by Paul, the son of a ban from Dolnja Lendava (now in Slovenia). By the marriage with Katarina, the only daughter of Stibor junior he founded the Beckov line of the Banffys. They partly rebuilt the castle in the Renaissance style.

After the extinction of the Banffys in the male line in the 17th century, the castle becomes a so-called co-ownership castle, which has several owners. This portends the gradual decline of the management and maintenance of the castle. The fire in 1728 meant the final end of Beckov fortress. Since then, the castle remained in ruins.

The first rescue efforts were made by the Czechoslovak Club of Tourists in 1930s. In 1970 Beckov was declared a national cultural monument and was intended for priority rescue.

Since 1995, it was accessible to the public again.

Beckov Castle is currently owned by the municipality of Beckov, which also manages it. Financing of the reconstruction, repair, maintenance is limited by the size of the budget and therefore it is necessary to obtain funding elsewhere. Every year ruined parts of the castle complex are repaired and new attractive premises are opened.

The main objective of the reconstruction of the monument is to make it entirely accessible and attractive for the public as a cultural and historical area, and for this purpose to create conditions for safe movement of visitors, ensuring the possibility to get acquainted with the history and importance of the monument and region.

The DRAGON project received a grant from Iceland, Liechtenstein and Norway in the amount of € 890,000 through the EEA grants and Norway grants. The project was co-funded in the amount of 80,000 € from the state budget of the Slovak Republic. The objective of the project is to bring the Western Palace and the whole complex into a form respecting and emphasizing the preserved historic values of the peak period of Gothic and Renaissance.